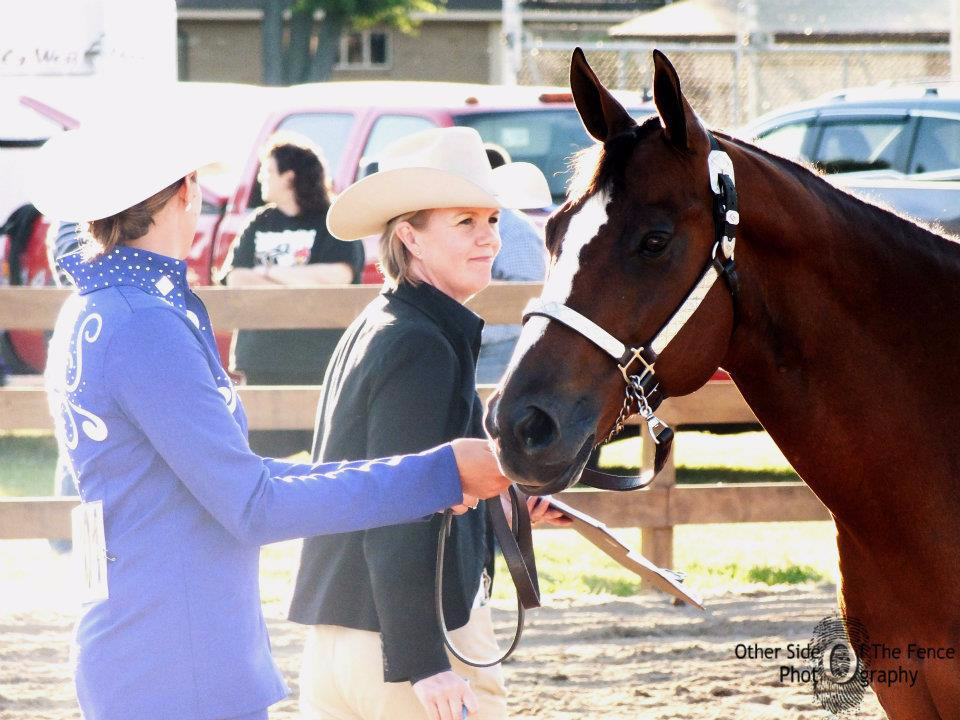 I bought a Reining horse this summer. After 35 plus years of All-Around events, Showmanship and the like, I bought a Reining horse. I was looking for something new, something different, and something that I would have to learn more or less from scratch. Fortunately, I have great help about an hour away, so weekly lessons were on the schedule for much of the summer (which may be why I didn’t have time to write a blog post. Or not.)
Anyway, on the way to one of these lessons, Virginia (the Reining horse) and I were traveling through a small town and suddenly came upon a detour. But not just any detour…the Mother of all Detours. Before it was all over I went in several circles, changed directions a few times, and wound up…you guessed it, right back where I started. For a minute it felt like this detour was the closest thing I’d do to a reining pattern all day…and that I’d NEVER get to my lesson. So I called the trainer and said…”I’ll be late..if I get there at all.” She said “It’s ok. Keep coming.” So I did.

After the fact, I got to thinking about my detour. And of how we often face so many detours in horses, and even in life in general. We’re conditioned to believe that success is a straight line, from point A to point B, with an upward trajectory. But that’s not how it happens at all. Horses get sick, or hurt. Heck, people get sick and hurt. Jobs change, relationships change, you may not like the judges, show managers, trainer, concession stand…who knows what, and before you know it, you’re covering the same tracks that you were just on, and feel like you’ve made no progress at all. Goals seem pointless, your wallet is empty, and you may even think about getting a boat or a beach house.

It’s easy to get frustrated during these times, but the truth is, success never really happens to anyone in a straight line (even though it seems like it on Facebook). Everyone takes twists and turns, and goes up and down, but the important thing is that you don’t quit. If you quit, then you definitely have no chance of finding success. If you’re lucky, you have that one person who says “It’s ok, keep coming.” And sometimes that person is yourself, which is ok too. And eventually, you might find success in a straight line that looks like a better pivot, a smoother lope depart, or even this:

My first really good stop, taken when I FINALLY made it to my lesson that day. The only success I’ve ever had in a straight line.

7 Comments on “Success Doesn’t Happen in a Straight Line”